Regrading, remodelling and landscaping the grounds of a Buckinghamshire estate - with a bit of help from some heavy duty machinery. 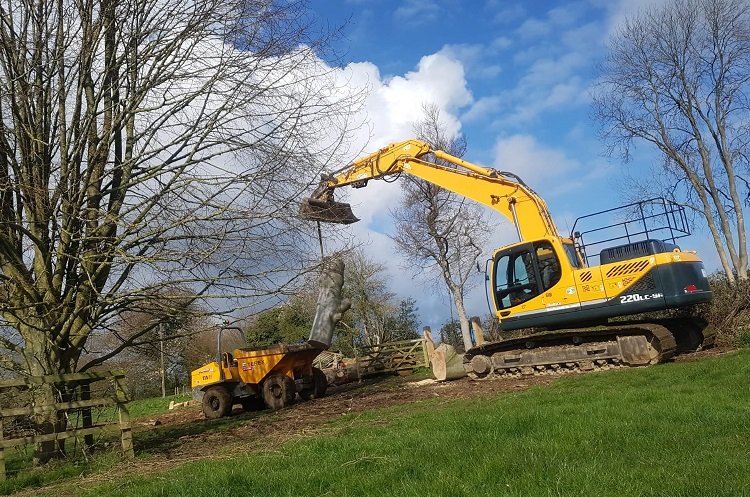 From ha-ha walls to open swales

When Kiwi Building were called in to assist with the regrading and landscaping of an impressive ha-ha wall and swale in the expansive grounds of a Buckinghamshire estate little did they know the project would keep them occupied for several months.

The open tiered swale, a shallow channel with gently sloping sides, required some re-engineering along with extensive regrading of pasture land running up to the ha-ha wall. This involved the movement of thousands of tonnes of earth to regrade the field. The volume of soil shifting involved required the use of some heavy duty machinery, dumpers and 360° excavators were hired in from High Wycombe firm Hawes Plant & Tool Hire.

In addition to the large scale movement of topsoil, huge tree trunks were also relocated as part of the broader landscaping remit to generally tidy up old storm damage around the estate. 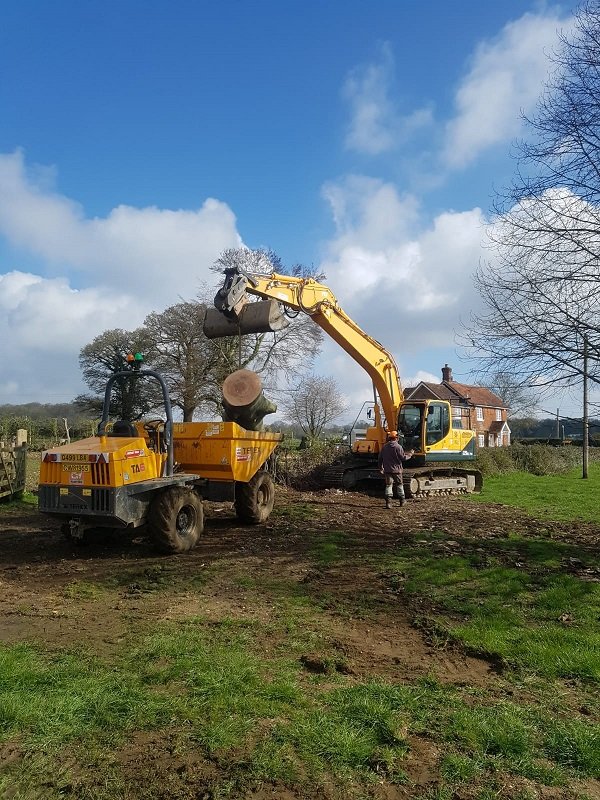 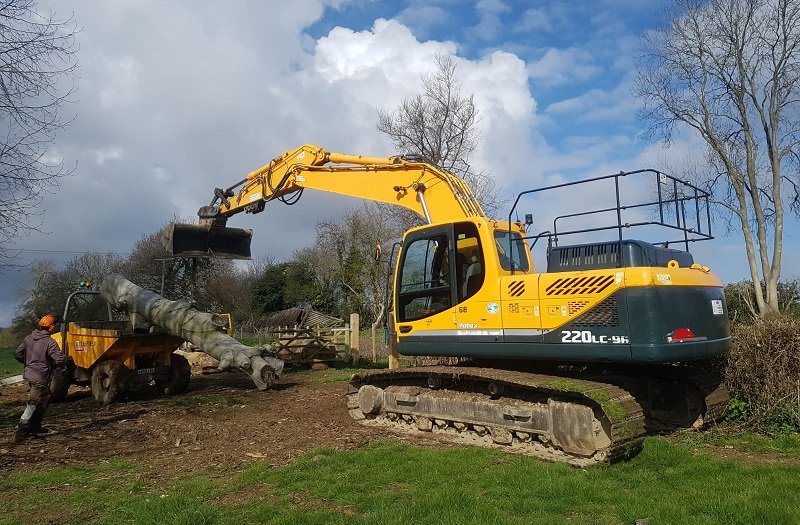 If you have a landscaping brief that you would like to discuss please get in touch.

You can find out more about which cookies we are using or switch them off in settings.

This website uses cookies so that we can provide you with the best user experience possible. Cookie information is stored in your browser and performs functions such as recognising you when you return to our website and helping our team to understand which sections of the website you find most interesting and useful.

If you disable this cookie, we will not be able to save your preferences. This means that every time you visit this website you will need to enable or disable cookies again.

This website uses Google Analytics to collect anonymous information such as the number of visitors to the site, and the most popular pages.